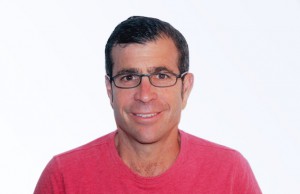 Paul started his career as a leading sales rep at Applied Reasoning in 1986.  He then ran business development for Information Mapping, leading the company’s transition from an information management consultancy to an internet practice that helped companies like Intel, HP and Sun Microsystems launch their first web presences.   Paul has been recruiting for high-tech startups since 1997.  He has been interviewed by Robin Young on NPR’s “Here and Now” and has been quoted in national trade publications.

Paul lives in Arlington, MA, with his wife and two children. He has acted in several independent films, TV commercials and corporate videos.  His interests include fast-pitch softball, flag football,  tennis and guitar. Paul has a Bachelor of Arts degree from Hobart and William Smith Colleges. Bob lives in Old Westbury, NY, with his wife, daughter and son. His daughter is a recent graduate of  Vanderbilt University’s Peabody College of Education and is pursuing a career in Special Education. His son is a graduate of Penn State University and plans to pursuing a career in technology sales and marketing. Not to be outdone by Paul’s acting career, Bob appeared in the Season Five finale of “Sex and The City” for a few seconds. He is an avid runner who has completed several marathons and half marathons. A passion dear to his heart is raising money for The Crohn’s and Colitis Foundation to help find a cure for people who are afflicted who include his daughter. He also served as Vice President of his local school board because of his deep belief in  support of public education. Bob has a Bachelor of Science degree from Ohio University.